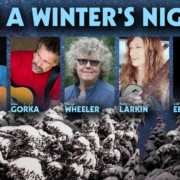 On A Winter's Night