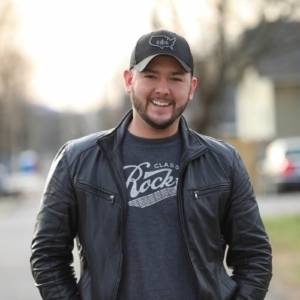 Timmy Brown is a singer/songwriter/Nashville recording artist that grew up in  Norton, Massachusetts, and in October 2018, he moved to Nashville, Tennessee to pursue his dreams full time.  In 2018, Brown was voted New England Country Music’s Local Male Artist of the Year for the third  consecutive year.  His infectious energy and talent have made him a local favorite, around the New England and Rhode Island area.  In the fall of 2017, he auditioned for “American Idol,” for Season 1 of the re-boot on their new network ABC, where he finished in the top 60!

Timmy started playing the piano at the age of five and ever since then, music became his life.  Once he graduated from high school, he began playing solo shows at local events and restaurants.  Throughout that time, he had auditioned for television shows such as “The Voice,” “America’s Got Talent” and “American Idol.”  It was at his third audition when he was selected to be on Season 14 of American Idol. Shortly after his audition, he was approached by members of a local country band Black Diamond and was asked to become the lead singer.  Since then Black Diamond has now changed to the Timmy Brown Band. His love of music is most evident when on that stage performing. Timmy’s natural ability to connect with the audience and draw them in with his enthusiasm has earned him a loyal fan base.