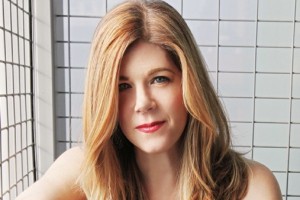 “I’m now experiencing the fruits of the alternative culture I was part of in the ‘90s,” she says. “I think I’ve made choices about how I lived my life, outside of the world that was going to fit me among the mainstream norms, and I chose to stay with my friends, to stay with my culture. That turns out to have been the sturdiest structure I could have built for myself. And that’s in my songs, it’s in my teaching. I’m a believer in what can happen when we make music together.” – Dar Williams

Catie Curtis is a veteran on the singer/songwriter folk scene. She’s performed at the White House, two Presidential Inaugural Balls, with Lilith Fair, and at Carnegie Hall. Winner of several Boston Music Awards, she also took the Grand Prize in the 2006 International Songwriting Competition (out of 15,000 entries). The New Yorker called Catie a “folk-rock goddess.”

Americans United for Separation of Church and State is a nonpartisan organization that lobbies, educates and litigates in order to preserve the constitutional principle of church-state separation as the only way to ensure religious freedom for all Americans.